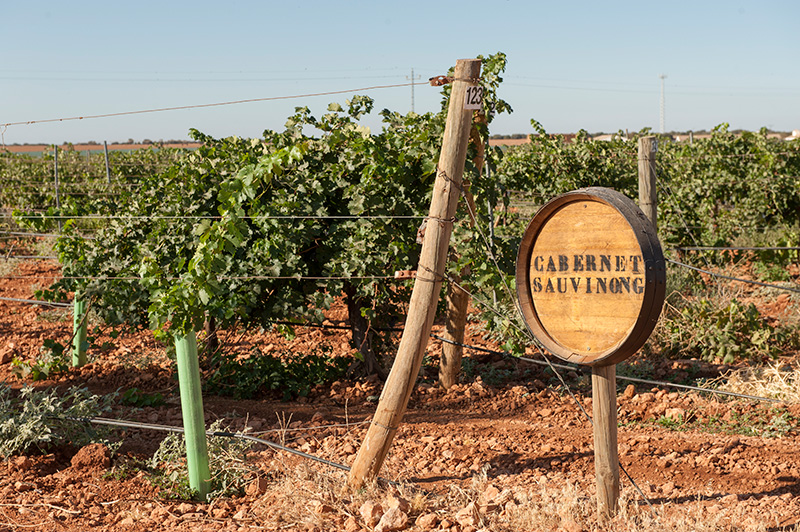 Tempranillo. This grape’s name derives from its early harvesting (“temprano” meaning early). Also known as Cencibel, the Tempranillo variety ripens, on average, a couple of weeks earlier than the rest of the red Spanish grape varieties. It is considered one of Spain’s finest grapes and is perhaps the Spanish grape variety par excellence.

Merlot. This is a fleshy, aromatic grape. The wines made from it show a very deep ruby colour and medium levels of alcohol and tend to age quickly. It originates from the Bordeaux region in France, and it is one of the most famous grape varieties in the world. 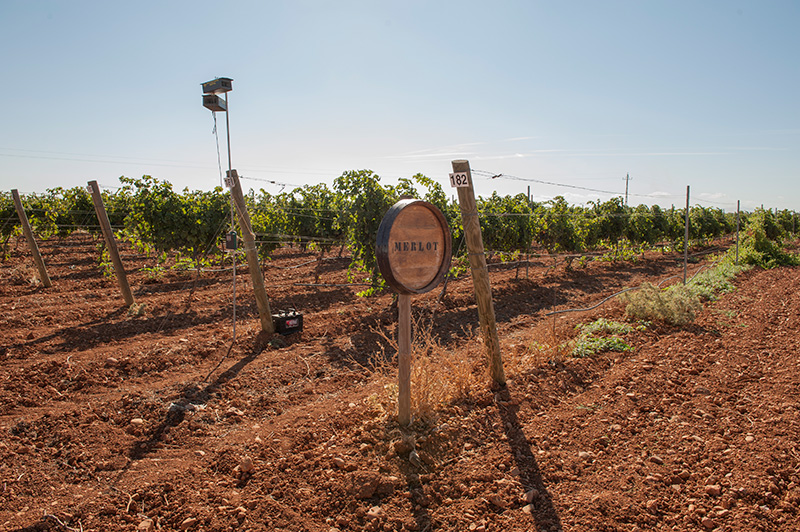 Syrah. In 1999, it was discovered that this grape variety was the combination of two French red varieties. However, legend suggests it originated in Iran. Shiraz is an ancient town in which a wine called Shirazi was produced. It is thought that historically the grape was taken from here to the Rhône Valley wine region in the south-east of France.

Chardonnay. This is a white grape variety with a green skin that originates from Burgundy in the east of France. The wines have medium to light body with distinct acidity and touches of green plums, apples and pears. It is often used in Champagne. 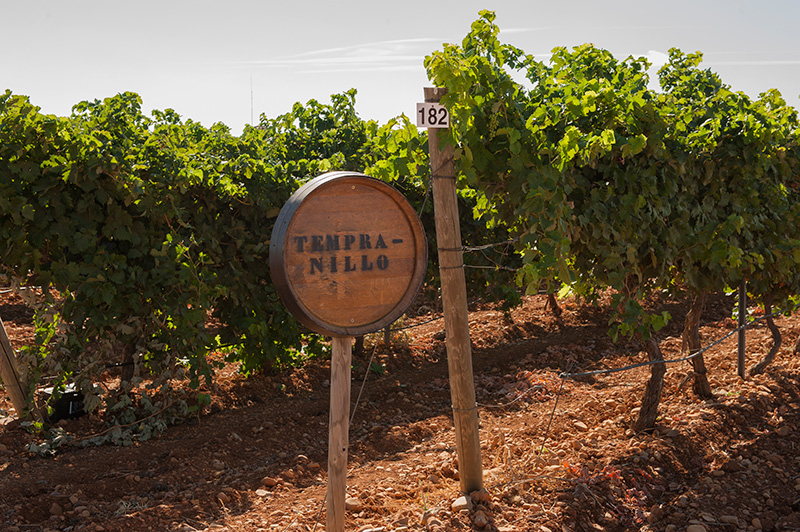 Petit Verdot. Although its name might suggest a white variety, this grape is in fact red. And unlike Tempranillo, it ripens much later. The wines express touches of sweetness, candy and vanilla after ageing in oak. They have high but balanced acidity.

Viognier. This white variety originates from France. These grapes are delicate and require careful handling both in terms of the timing of the picking and in the fermentation. The wines express aromas of peach, pear, violets and minerals.

Grenache. It isn’t clear whether this variety originates from Spain or Italy. This is an interesting subject of discussion. It is today one of the most widely planted varieties in the world. It ripens late, and its wines are smooth with good body and richness of alcohol. Its characteristic aromas are red berry fruit, such as raspberry and strawberry. They have low acidity, and in some places this variety is used to make rosé wines.

This website uses cookies so that we can provide you with the best user experience possible. Cookie information is stored in your browser and performs functions such as recognising you when you return to our website and helping our team to understand which sections of the website you find most interesting and useful.

Strictly Necessary Cookie should be enabled at all times so that we can save your preferences for cookie settings.

If you disable this cookie, we will not be able to save your preferences. This means that every time you visit this website you will need to enable or disable cookies again.